Mahout - Save The Elephants

Accurate estimates suggest that there were 12 million elephants in the early 1900s. Today there are only 350, 000, which includes both savanna elephants and forest elephants. 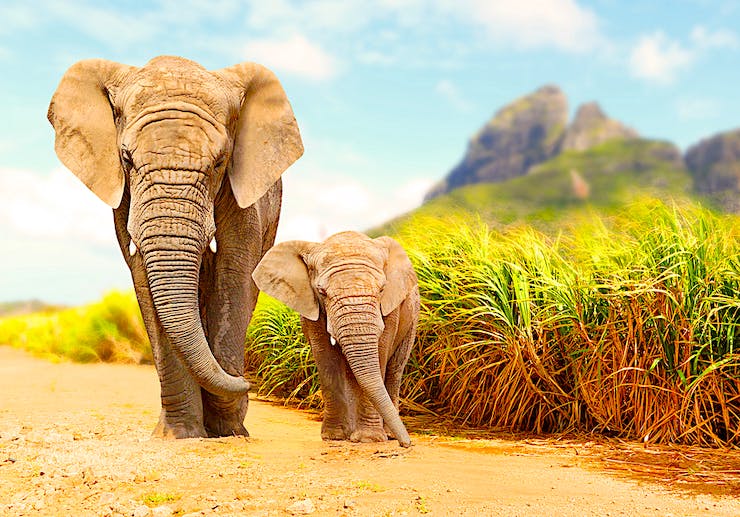 That’s a 97% decline in just one century. At current mortality rate this species will extinct by 2030 ! 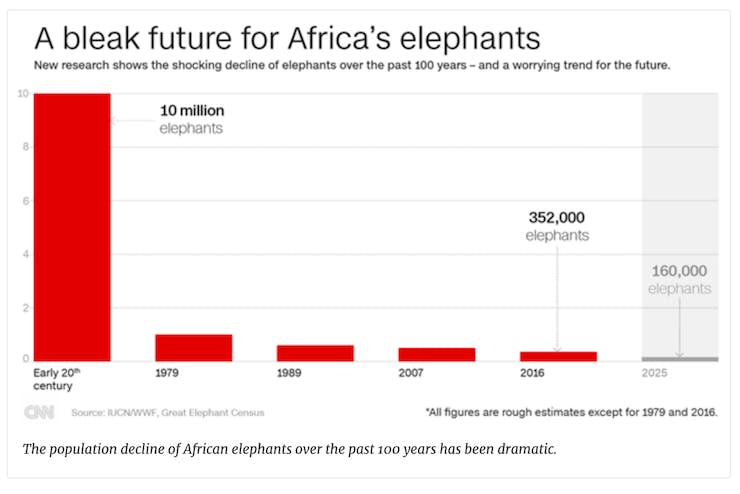 Botswana is the largest home for African elephants (130, 000) followed by Zimbabwe.

Poachers are the biggest threat to African elephants. As per source, Poachers are currently shooting elephants at a rate of about 100 per day, or about 30, 000 every year. In other words, about 10% of the population is being wiped out ever year. More elephants are being killed than being born.

According to National Geographic, a pair of ivory chopsticks can sell for several thousand dollars, and carved tusks can sell for hundreds of thousands of dollars. This money is the reason poachers

While poachers are the biggest threat to African elephants, there are number of other factors which are playing big roles in reducing the numbers very fast such as environment, human-elephant conflicts and sudden aggressive behavior of young male elephants due to hormonal surges a.k.a Musth. 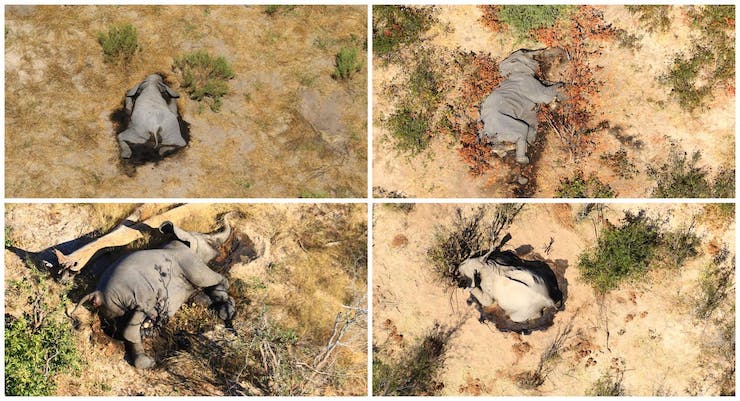 More than 350 elephants died in just few months in Botswana in early 2020. While the cause of death is still unknown but based on the information we have so far could be due to environmental issues such as soil poison, lack of water.

"Musth" (Musth or must /ˈmʌst/; from Persian, 'drunk') is a periodic condition in male elephantscharacterized by highly aggressive behavior and accompanied by a large rise in reproductive hormones. A musth elephant, wild or domesticated, is extremely dangerous to both humans and other elephants. There are several reported incidents of musth elephants killing other elephants, buffalos and even villagers. Study has indicated, putting elder male elephant in the pack help reduce the the aggressiveness in young musth elephants.

Elephant-human conflict poses a great threat to their continued existence. Studies on conflict between elephants and humans in Asia and in Africa have identified crop raiding as the main form of conflict. Elephant-human conflict is a result of habitat loss and fragmentation. When elephants and humans interact, there is conflict from crop raiding, injuries and deaths to humans caused by elephants, and elephants being killed by humans for reasons other than ivory and habitat degradation. 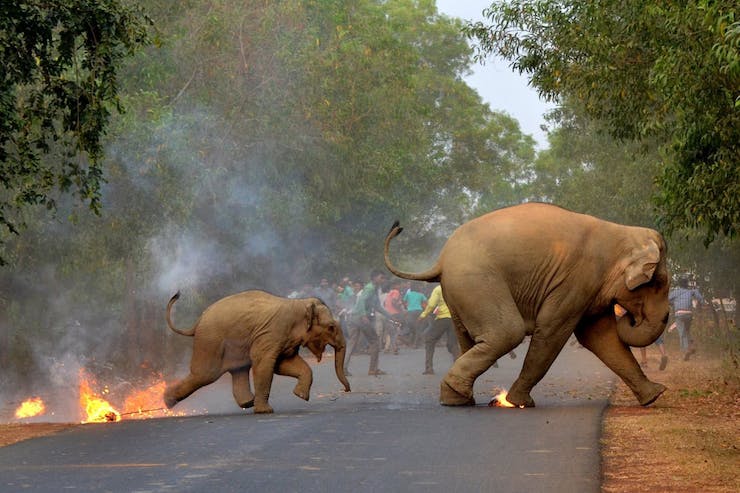 Elephants cause damage amounting from a few thousand dollars to millions of dollars. Every year, 100 humans (in some years it may be 300 people) and 40-50 elephants are killed during crop raiding in India. Source.

So, based on all the research I have done so far following are the major threats elephant population in Africa as well as in Asia.

Most, if not all of the above situations can be handled or avoided if park rangers or authorities are notified timely.

🧠 Mahout - The Elephant Collar with A Brain 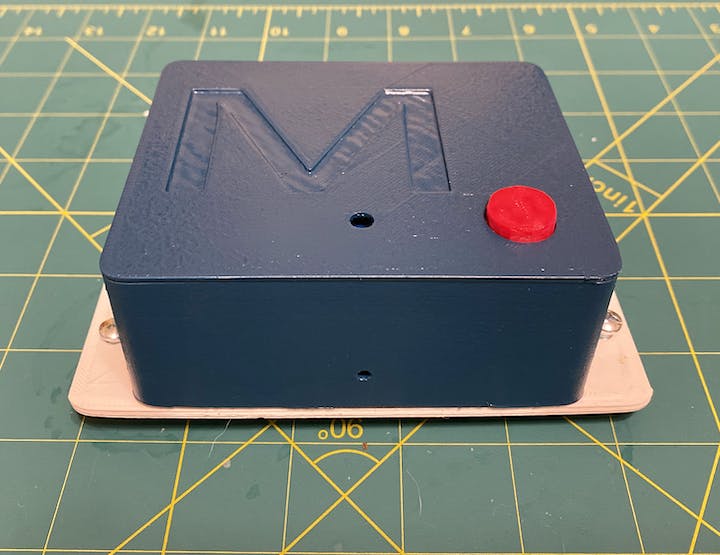 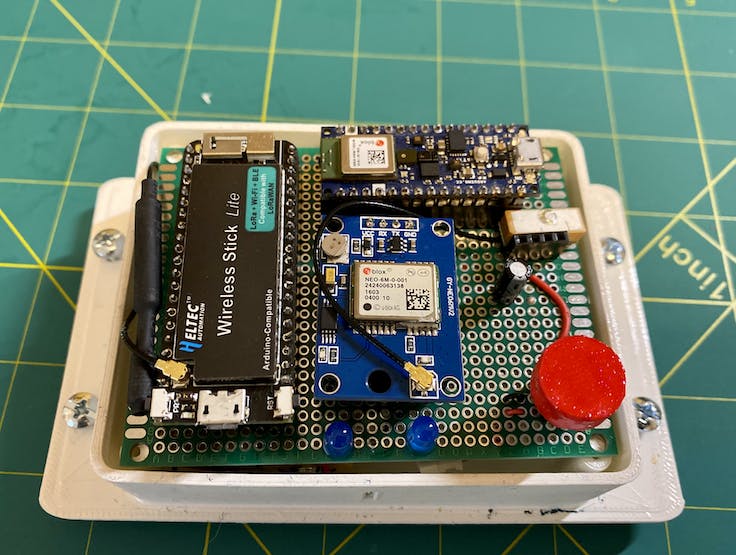 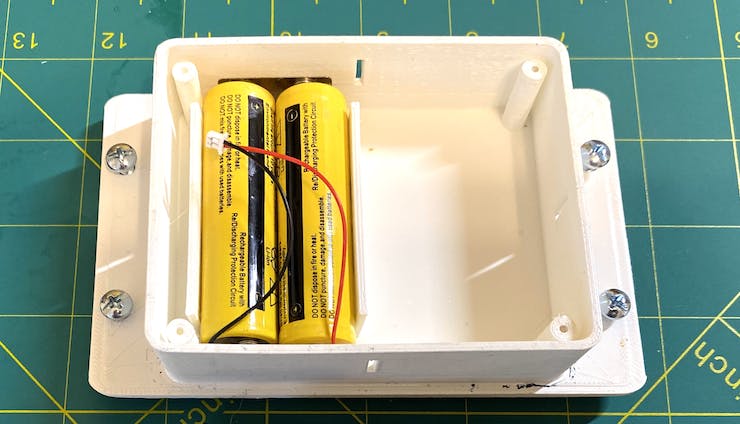 The collar uses two MCUs along with a Ublox GPS tracker and MQ135 air quality sensor. Two MCUs used in the collar are -

This MCU has BLE 4 and LoRa module. BLE 4 module is used to scan any mobile or bluetooth device near elephant which indicates human presence. LoRa module provides capability to connect to LoRaWan based Helium network without any need of WiFi or GSM.

The microphone is used to capture voice around the elephant and feed to another model to predict situations such as trumpet or rumbling, poachers etc.

Temperature, humidity and air quality are used in combination to predict if there is any fire in the wild.

The collar is powered by 18650 batteries. I have not done much research on long battery life as that's already done by smart park & open collar. 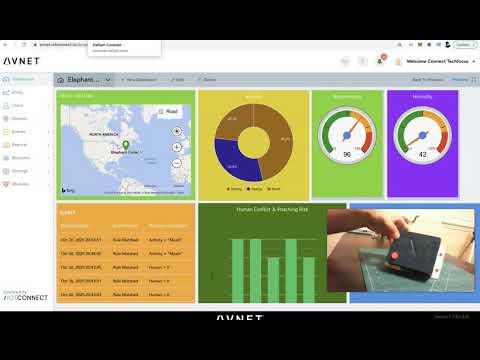 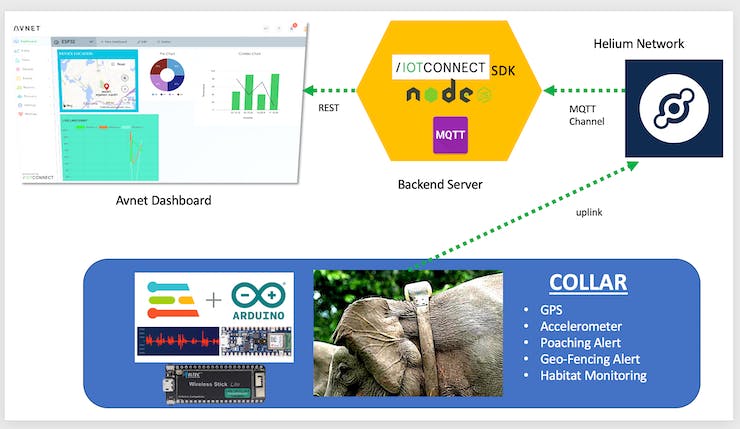 Entire ecosystem is comprised of 4 components

For further information on this project, checkout Hackster.io