Since AWS introduced Rekognition, I have been thinking about a good use case to make my hands dirty with it. I have been doing some Amazon Alexa development for last few months and was wondering about making a Robot with the brain of Alexa which can talk to human. Amazon introduced a python library ASK to run Alexa backend on Raspberry Pi using which you can communicate to Raspberry Pi through Alexa enabled devices such as Echo Dot or Echo Show. But still it was not very pro if you have to integrate other AWS native services.

End of 2016 or early 2017 AWS announced a new service called Lex which provides the advanced deep learning functionalities of automatic speech recognition. Lex uses the same brain as in Alexa and brings deep learning capabilities to developers. Using Lex and Rekognition with the power of Raspberry Pi you can make something very cool and interesting AI projects.

Read the full article on LinkedIn 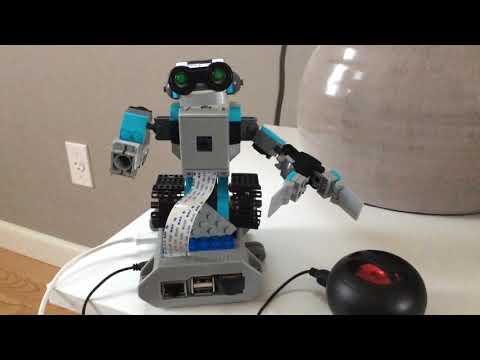